Sustainability was addressed by not designing around a disposable gas canister. To date, there has never been a refillable gas relay torch. A cleaner burning mix of propane and isobutane gas would be used to fill the hundreds of torches.

The design delivers a modern Olympic torch ready for interaction on many levels, a new addition to the internet of things. Its benefits include lifting the spirit of the Rio people, raising the Olympic spirit and the anticipation of competition, while fueling participation in the pursuit of excellence. The story of the torch interacting with viewers on many levels both visually and electronically as it makes its way to its final destination is a compelling narrative.The design enhances the quality life by engaging with the millions of viewers around the world in a positive way, and by inspiring young people to participate in sport and pursue excellence.

The users for this concept would be the hundreds of 2016 Summer Olympic Games torch relay and 2016 Summer Olympic Games Paralympic relay bearers around the world.I have no verified statistics or verification of performance for this concept, although there is a finished appearance prototype. A cost analysis was not performed on the concept, no budget was available for the bid process to the public.

This torch concept was a student project completed during my time at Art Center College of Design in Pasadena California. The use of Olympic symbols etc was for educational purposes only. Inspired by the stepped architecture of Rio and the native honey ginger plant, the three burners represent the rich diversity of the Brazilian Carioca culture.

For the first time in the history of the relay, a torch has been designed that transforms once it has been ignited.

The goal was to develop new and innovative design solutions for the 2016 Summer Olympic Games and the 2016 Paralympic Summer Games in Rio de Janerio Brazil. A main driver for the work was to include the excluded, Rio de Janeiro’ Carioca people, many who live in poverty in favelas throughout Rio. The stepped design references the topography and social hierarchy that exists in Brazil.

Historically, there have been two generations of Olympic torch design. The early torches used a wick and oil of some kind for combustion. The second generation torches use a pressurized disposable canister, filled with propane and/or isobutane and a valve and burner. The design brief demanded that the ergonomic needs of children and adults with or without physical challenges be met.

First, all existing torches were deeply researched, insight and a direction were acquired. Cultural and Olympic history and traditions were examined, further informing the sketch and prototyping process. Discoveries were made which led to technical innovation and a suitable aesthetic.

There are four design innovations.(1) The torch utilizes a Bluetooth system to communicate with other torches in the relay and receive commands from programmers. (2) E-ink displays light up both the Olympic symbol and the metrics of the torch’s progression in the journey. (3)The torch will be manufactured additively, utilizing direct metal laser sintering, integrating a refillable void in the design for fuel. (4)This design is the only torch to use multiple burners for dramatic effect.

E-Ink displays for the Olympic logo

and stars for the 26 states of Brazil.

in base of unit 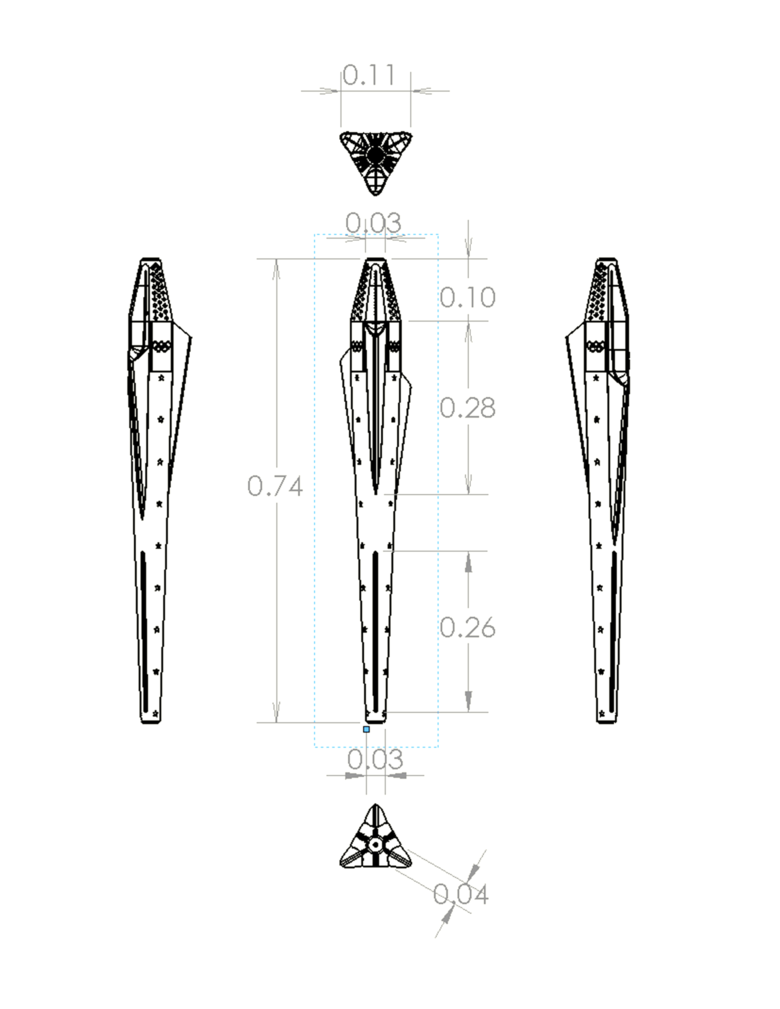